Further progress along the road to integrating Chinese and Western medicine... 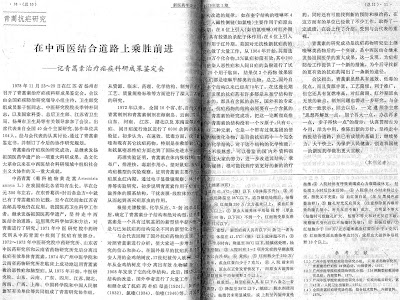 Here's a paper from January 1979 reporting on the qinghaosu discovery. It was published in the Journal of New Medicine and Pharmacology. The headline reads:

In fact this is an editorial introducing a series of articles on qinghaosu. It's the earliest mention I can find of qinghaosu as a cure for malaria (as I've discussed before, the 1977 paper doesn't mention the malaria part).
Posted by William Burns 江威廉